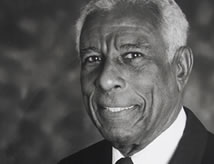 After WWII, Cross went on to study law, he was called to the Bar in 1949 ( Middle Temple, London). He spent some 16 years in Africa practicing law where he was elevated to Senior Crown Counsel and Attorney General in West Cameroon. In 1967 he became a High Court judge in Tanzania and also served as a Professor of Law at the University of Dar- es- Salaam before returning to Trinidad in 1971 as a Judge in the High Court.

In 1979 he served as Judge of the Court of Appeal. From 1982-83 he served as chairman of the Law Reform Commission of T&T.  He remains a Consultant with Trinity Chambers and has presided over a number of arbitrations since his retirement from the Bench.